Crime is a genre that is super intriguing and catchy when it comes to the storyline, plot, and suspense. While there are plenty of crime movies that you can watch, nothing beats the classic ones. The vibe of classic crime movies remains unmatched, and it is a completely different experience.

If you are someone with a newfound interest in the crime genre and are looking for suggestions, you will love the movies listed below.

One thing you need to watch these movies is a good TV package that also comes with an option for streaming on-demand content. With that being said, there are several TV service providers you can check out on buytvinternetphone.com.

If you are looking for specific suggestions, we would suggest you go for one of Spectrum Select TV packages, as they are super convenient, widely available, reliable, and have great channel lists. Besides, you also get an option to stream thousands of on-demand movies and TV shows. So, if you think this might be suitable for you, you can call Spectrum service and have a detailed discussion over the plans available in your region. Or, you can simply check out this link.

Below, we have come up with our top picks for classic crime movies – let’s take a look!

The Big Sleep is a classic crime movie that discusses the story of a private investigator Philip Marlowe (Humphrey Bogart) who is hired by General Sternwood to help come up with a solution for the issue of gambling debts of his spoilt daughter Carmen (Martha Vickers). Vivian (Lauren Bacall), the older daughter of Sternwood steps in to help because she realizes that the situation is much more complex than it seems.

The situation involves a casino owner and the recent disappearance of a family friend. As those associated with the Sternwood family start being murdered, Marlowe finds himself more and more involved in the case.

The French Connection is an American crime drama movie that revolves around the super violent NYC narcotics detectives on a mission to hunt down international heroin dealers based in Marseilles, France. The short-tempered cop Doyle is determined to catch the criminals, but his target Alain Charnier is too skillful for a criminal.

The classic crime movie is inspired by a real scheme called French Connection which was to smuggle heroin from Indochina through Turkey (sometimes Cuba) to France and then eventually to the United States and Canada.

To Die For is a crime thriller movie that discusses the story of Suzanne Stone (Nicole Kidman) who is a weather reporter at her small-town cable station. Suzanne dreams to become a big-time news reporter, but she believes that her middle-class husband Larry Maretto (Matt Dillon) is holding her back from achieving her goals.

Seeing her husband as a hurdle, Suzanne decides on having him executed. She chooses Jimmy (Joaquin Phoenix) a high school fanboy, and some of his friends to help her execute her husband. They manage to get rid of Larry, but the plan does not go as planned, which stirs suspicion in her husband’s family about her being involved.

Goodfellas is an American crime drama that revolves around Henry Hill (Ray Liotta) who climbs the ladder from a young age of being a petty criminal to achieving higher ranks with his friends Tommy and Jimmy. Being renowned and feared gangster on the mean streets of NYC, he enjoys his life of luxury being ignorant towards the dangers he has caused for himself.

An addiction to narcotics and some mistakes that Henry makes, result in his downfall and the untangling of his climb to the top.

Set in the early 1950s, L.A. Confidential is a classic crime movie that revolves around three police officers. The three have their own specified motives and intentions behind undertaking a corruption case, the unsolved murder at a downtown Los Angeles coffee shop.

Detective Lieutenant Exley (Guy Pearce) is out with the intention to avenge his murdered father who was a detective. The ex-partner of Officer White (Russel Crowe) known to be involved in a scandal, has the intention of revenge for being a victim since Exley rooted him out. Sergeant Vincennes (Kevin Spacey) give out confidential information to a scandalous mogul (Danny DeVito).

We can say without a doubt that The Godfather is one of the best classic crime dramas created in the history of cinema. There are two more parts to this timeless classic. The first movie follows the story of the powerful Italian-American crime family of Don Vito Corleone (Marlon Brando).

When Don Vito is attacked, his youngest son Michael (Al Pacino) joins the mafia and finds himself involved in a vicious cycle of betrayals and violence. Michael tries to maintain a normal life and relationship with his wife Kay (Diane Keaton) but he is involved and drawn more into the dirty family business. Leading a normal life now is tough.

Another movie that we think is one of the best crime classics created in the history of cinema is Pulp Fiction. Pulp Fiction follows the story of two hitmen Vincent Vega (John Travolta) and Jules Winnfield (Samuel L. Jackson) who have a knack for philosophical discussions.

12 Angry Men is a classic crime drama movie that discusses the closing arguments of 12 jury members regarding a murder trial of a teenage boy. A guilty verdict means death for the young boy. The 12 angry men argue in a room trying to reach a common ground to give out a guilty verdict.

One of the 12 jurors (Henry Fonda) comes up with doubts and possibilities that the boy is not guilty. The discussion creates tension among the dozen jurors, and personal issues rise to the surface. Extreme conflicts start to disrupt the process of the decision, where a young boy’s entire fate is in question.

Se7ev is a mysterious crime movie where a retiring police officer Detective William Somerset (Morgan Freeman), along with a newly transferred officer David Mills (Brad Pitt) tackles a final case. The two have to solve the mystery of numerous elaborate and gruesome murders.

The two soon realize that they are dealing with a complicated serial killer John Doe (Kevin Spacey) who chooses his victims based on one of the seven deadly sins. It is up to Somerset and Mills to bring the horrifying criminal to justice, while Mills’ pregnant wife Tracy (Gwyneth Paltrow) fears raising her kid in the crime-riddled city.

Having a newfound interest in a specific genre might have you confused over which movies or shows to watch first. Well, if that is the case, we hope this list was useful for you, as we have mentioned all the classic crime movies that no one should miss. These movies have great storylines, and most importantly, they will justify the hype revolving around the genre of crime. So, begin watching right away. 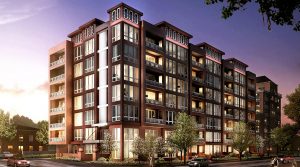 Reasons Why Landlords Should Provide Wi-Fi Internet for Tenants